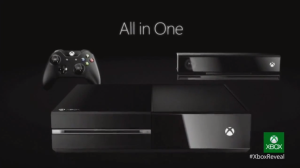 So I watched the live global announcement of the Xbox One and wanted to add something about my own opinions on it. Now that the dust is settling, a week or so after the announcement, I thought I would put together some details of what I’ve seen so far.

I also wanted to put a perspective on the predictable amount of whining I’ve seen around the internet.

So to the core Specs:

The rest of the specs:
Cloud-driven storage/syncing
Kinect 2.0 supplied as standard
Games and content will be locked to your LIVE account
Pre-owned games may require a fee to unlock (Still unconfirmed)
No backwards compatibility with 360 games
Always-on requirement is unconfirmed

So, thats quite a load of details to take in at once…

There is an interesting hardware analysis over at Anandtech that I recommend checking out if you’re interested in finding out more details about the internals of the console (They even had an opportunity to take apart an Xbox One, and publish pictures).
Something thats become very clear is that the Xbox One and PlayStation 4 are extremely similar hardware wise, but the Xbox is a little behind in terms of raw compute power. This is something that should not be too concerning as it appears the Xbox is targeting a slightly different market than the PS4. This isn’t to say they are not catering to the ‘hardcore gamer’, but it seems they are also trying to get into that lucrative market that Nintendo is firmly in, the casual gamer and family  games market.
So, it appears that its going to be the arena of software and services that this generations consoles will be battling.

This is interesting because this is where Microsoft has a the most experience (The home advantage, if you will). During the presentation, Microsoft announced that Xbox LIVE now has 300,000 servers supporting the service as well as Xbox’s expansion into other areas like TV and communications (Skype). This is clearly part of Microsofts transformation into a (mainly) services company from being a (traditionally) purely software company, in other words, they are no longer only ‘The people who make Windows’.
Seemingly, they want to be the nexus of your communications and services.

I want to have a think about that last statement a little more, and ask you to think back about the pedigree communications applications (and recent acquisitions) that have come from the MS camp… I’m talking about Hotmail, Windows Live Messenger (Previously MSN Messenger) and of course Xbox LIVE. These were all services that defined and dominated a generation of communication respectively. Hotmail was the first, back all the way in 1996. I know so many people who had a hotmail account, and this defined mobile email and inter-communication for years. Later came Messenger in 1999 which quickly dominated instant messaging, wrestling control from the hands of other (At the time) IM giants like ICQ and Yahoo! Messenger. 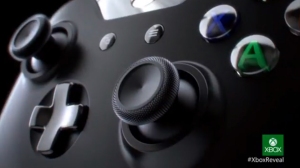 By the time Xbox LIVE took off in 2002, it had defined the multiplayer console experience, which other services still emulate now. I have heard a lot of lamentation, especially from the PC-gamer elite, of how console gaming has a ‘watered-down’ experience but the truth is I love it (That is despite me being an equally hardcore PC-gamer). Xbox LIVE introduced a smoothness to multiplayer gaming that was sorely missing, and is only recently started to come together on the PC (I’m looking at you, Steam). It’s an ease of being able to be playing a game, see a popup that your friend is online, open a live chat (while playing), invite them in, and they literally land in the game next to you. Sure, playing everything on a gamepad is a little odd at first, and if I didn’t like it so much Halo would have failed for me, but give it a honest chance and it has an appeal all of its own. I still prefer to play FPS games on my PC with a mouse/keyboard combination, but I much prefer 3rd person gaming on my Xbox 360 with a gamepad. I characterise this when I played Mass Effect and Dead Space, which felt so much better (to me) on a console than when I played them on PC.

I seem to be digressing quite a bit here, as I tend to do on my blog but lets try to get this back on track a little.

In the recent weeks I’ve seen an awful lot of whining and complaining regarding the announcement and its indications of the direction of the Xbox One. This is all a bit ridiculous because its all related to unconfirmed news and rumour. We dont know MS is trying to kill second-hand games, but I am sure they are trying to move to a model more like that Valve enjoys with Steam. I see no-one complaining about that, especially when a full-blown Steam Sale is on. You wont see me complaining.

Also, the announcement was exactly that, an announcement! They certainly showed more than Sony did in my opinion.
It was not a showcase of games, that’s what the Electronic Entertainment Expo (E3) is for. It’s also what E3 should be for.
It was to announce the console and give an equal early perspective of its various capabilities, as this is not just a ‘games-console’, its more of an ‘entertainment system’, which includes capabilities to hook into many different aspects of your entertainment and communication habits in the home. I think this is a much better prospect of a machine that is purely focused only on games.

I want more! I want a functional Media Center, I want good games, a smooth experience, a multi-functional device and intuitive interfaces.
I personally don’t care much about second-hand games, I buy what I can afford and what I like, as I think most people do.
That is not to say I would not buy a PS4 instead, especially since I cant play my Xbox 360 games on it. Gaming-wise a PS4 is fair game at this point as I have little investment in an Xbox One.

But if this new Xbox One can deliver all that, in an affordable way, I’m in.

For me, its going to depend on how well the other features of the Xbox One work.

This entry was posted in Ramblings, Tech.